Sport Australia’s new Podcast series on Coaching and Officiating is now live, with a new episode to be published every two weeks.

In this series we chat with some of Australia’s leading sport coaches, athletes, and officials – including Paralympic legend and coach Louise Sauvage, Basketball coach Carrie Graf, former AFL Player and Rugby Union Coach Mick Byrne, Cricket legend and coach Greg Chappell and many other industry experts on the modernisation of coaching and officiating.

Be sure to subscribe today to make sure you don’t miss an episode.

Follow the links below to your preferred Podcast platform:

Rob has coached at local, state and elite level, and he talks of the importance of modernising the learning experience, to get great coaches and experts, their tips and content down to local levels.  Ensuring as a sector we address the barriers and revolutionise the experience for participants is crucial to our success. Louise Sauvage OAM is one of Australia’s most successful athletes, with nine gold and four silver Paralympic medals.

As well as her collection of Paralympic and world championship medals, Louise has won the Boston, Los Angeles, Berlin and Honolulu Marathons.

She is now helping the next generation prepare for the Tokyo Paralympics and beyond as national coach of the wheelchair track and road program at the NSW Institute of Sport. Louise talks about the importance of adaptability in coaching a variety of athletes at different levels. 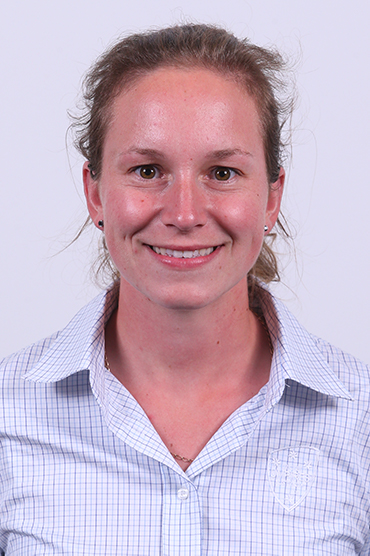 The first female in the world to be part of the officiating team for a male cricket test match.

Claire Polosak is an Australian cricket umpire, who became the first female in the world to be part of the officiating team for a male Test, when she stood as the fourth umpire on India’s tour of Australia in 2020-21.

Claire has also umpired at women’s world cups and Women’s T20s and the Women’s Big Bash League. She joins the Sport Australia Coaching and Officiating Podcast to talk about the importance of not aiming for 100% perfection when officiating but rather focusing on the processes you go through to help reach your decisions. She also talks of the importance of enjoyment of the game at a community level. Mick Byrne was a premiership winning Australian Rules Footballer, playing for Hawthorne, Sydney and Melbourne. He then transitioned to coaching Rugby Union working in England, Scotland, Ireland, Japan before being part of the coaching team that won two world cups with New Zealand. Mick later took up a role with Rugby Australia as the National Skills coach. Professor Rochelle Eime is a Behavioural Epidemiologist who has over 15 years of research experience specifically relating to the sport and recreation sectors relating to both public health and sport management.

Professor Rochelle Eime is the Director of Sport and Recreation Spatial (sportandrecreationspatial.com.au) which focuses on investigating sport and recreation participation, facilities and health for evidence based decision making.

The key areas are:

Rochelle is a behavioural epidemiologist, who has over 15 years of research experience specifically relating to the sport sector and covering areas of participation, facilities, health and education. She has strong industry networks within the sport and health sector including state and national, government agencies as well as sport and recreation organisations. Her research has won a number of state and national research awards including VicHealth Research into action award, the Parks and Leisure Australia national research award and the Victorian Sport award- sport development of the year

Rochelle has been involved with club-based sport throughout her life, as a player, coach, volunteer, and now parent of players and is a Board member of Vicsport Malcolm Norman “Mal” Meninga is an Australian professional rugby league football coach and former player. As a player, his career lasted 16 years and he played in over 460 first grade games for state, club and country.

Mal is a legendary goal-kicking centre and one of the finest footballers the 20th century got to witness. He is the only player to have been selected for four Kangaroo Tours, two of which he also captained.

More success and recognition followed when he became a part of the undefeated teams that toured in 1982 and 1986, known as "The Invincibles" and "The Unbeatables" respectively. He played a total of 46 games representing Australia and scored 278 points, with 21 tries and 99 goals. Another remarkable fact about him is that he has captained all the sides he has played for, and Australia lost only six out of the 46 tests in which he played.

After retiring from his playing career he coached the Queensland State of Origins team, and the team won eight series in a row. He has received several honors and accolades in recognition of his invaluable contribution to sports in Australia. Sydney 2000 Olympic Taekwondo Gold Medallist and researcher, Lauren Burns OAM, talks of the dynamic interplay between psychology, performance, relationships and lifestyle when it comes to coaching and knowing when to challenge and stretch elite athletes so they can rise to the challenge of an Olympic Games or winning a Gold Medal.

CONTENT WARNING. This episode contains references to topics some athletes and persons involved in high performance sport may find troubling. If you need support, confidential services are available such as AIS Be Heard and the AIS Mental Health Referral Network.

Lauren Burns OAM, won the first Olympic Gold Medal in Taekwondo, when the sport made its debut at the Sydney 2000 Olympic Games. Post her Taekwondo career, Lauren has worked as a speaker, author, naturopath, and academic studies. In 2017 she was inducted into the Sport Australia Hall of Fame.

Lauren has recently completed a PhD on Lifestyle and mindsets of elite athletes at RMIT and has been involved in a number of research projects. She was awarded the Vice Chancellors prize for Research Impact.

Lauren is involved with the Gold Medal Ready Program with the Australian Institute of Sport and is also on the Scholarships Selection Committee for the Sport Australia Hall of Fame. Australian Sprints and Hurdles Athletics Coach and Former Coach of Sally Pearson, Sharon Hannan joins us to take us through her top coaching principles.

Sharron Hannan is the former Australian Sprints and Hurdles Athletics Coach and former Coach of Sally Pearson who of course went on to collect Commonwealth World and Olympic Gold Medals in the 100m Hurdles.

Sharon is a Level 4 Specialist for Sprints Relays and Hurdles a Level 3 advanced Junior Coach. Shannon has been involved in Athletics since 1982, founding Cairns Little Athletics. Sharon is based in the Gold Coast overseeing the Gold Coast Victory Athletics Club. 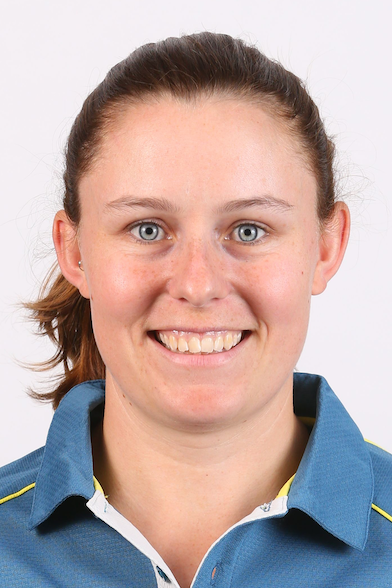 Amy Perrett made history by becoming the first female to referee a Super Rugby game. Amy takes us through how she manages the pressure of being a professional Referee, her process of making decisions during games, reviewing games post-match and how she learns from her mistakes.

Amy Perrett is a full-time Rugby Referee and Referee Development Officer with Rugby Australia. She has been an official referee for nineteen years, becoming professional in 2016. Amy is the first female to referee a Super Rugby game. She is currently heading to her second Olympics to referee at Tokyo 2020. 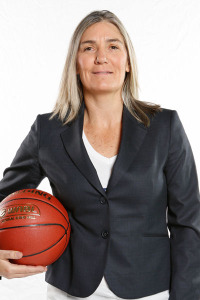 Former Australian Basketball Coach, Carrie Graf takes us through how she adapts her coaching styles to different athletes at both the community and elite level and how a one sized fit all approach does not work in coaching. We also explore how coaches and officials work hand in hand and how important both are for the sport ecosystem.

Carrie Graf is a former Australian Basketball Coach. She competed in the WNBL as a player from 1983 - 1989 before turning her focus on coaching, where she coached the women’s basketball for over 20 years. Carrie was the first female international head coach in the American WNBA. She has won 7 WNBL Championships as Head Coach and coached the Australian Opals in 212 games. In 2015, Carrie was appointed a Member of the Order of Australia.