More than 350 guests attended the black-tie gala event to celebrate the incredible achievements of Australian athletes, coaches, leaders and volunteers over the past 12 months across Olympic, Paralympic and Commonwealth Games sports.

It was a fitting way to celebrate a milestone day for Australian high performance sport, with the launch earlier this morning of Australia’s High Performance 2032+ Sport Strategy and the Win Well initiative.

“This is so special. I love representing Australia, it’s something that I dreamed of as a young girl watching the Olympics on TV so to celebrate sport tonight and then to round it out with this I'm still in shock, it’s a huge honour,” Stenson said. “My dream now is to just continue striving to be the best athlete I can be but also the best person I can be.”

The Win Well Award was launched at this year’s ASPAs to acknowledge the importance of balancing sporting success with high performance cultures that are safe, fair and supportive. ‘We win well to inspire Australians’ is the vision of Australia’s High Performance 2032+ Sport Strategy.

The Victorian Institute of Sport, which carries the motto 'success in sport and life’ took out the inaugural Win Well Award. One of its notable achievements is that 94 per cent of its current athletes balance their full-time sport with study or work.

“Our judges also considered behaviours of sportsmanship, fair play, respect and integrity, broader contributions such as role modelling and leadership, and achievements beyond the sporting arena, like community involvement, academic and vocational achievements. It’s important to recognise and reward these qualities in our successful athletes,” Perkins said.

World number 3 golfer Cam Smith added another piece of silverware to his cabinet after winning Male Athlete of the Year. The 29-year-old was recognised not just for his on-course accomplishments but for becoming one of the greatest role models and mentors within Australian golf.

Cyclist Emily Petricola collected Female Para-Athlete of the Year after claiming three gold medals at the 2022 UCI Para-cycling Track World Championships in France. Snowboard trailblazer Ben Tudhope was named Male Para-Athlete of the Year following a stellar season on the slopes which included claiming a fourth-straight World Cup gold medal and Crystal Globe in Canada. Tudhope was the only Australian to medal at the Beijing Paralympics, snaring bronze.

In another win for Winter sports, the Coach of the Year Award was shared between moguls mentors Kate Blamey and Peter McNiel. The pair have taken a long list of Winter Olympians to the top of the ranks including Britt Cox, Cooper Wood and Jakara Anthony, who won Australia’s first Winter Olympic gold medal in 12 years at this year’s Beijing Winter Olympics.

Australia’s medal-topping performance at the Birmingham Commonwealth Games was strongly represented throughout the night.

The Australian Women’s Rugby 7s was named Team of the Year. The first side to claim the Triple Crown of international triumphs comprising of the Rugby World Cup, Commonwealth Games and World Rugby Seven Series.

The future is looking bright for rising netball star Donnell Wallam who was named Emerging Athlete of the Year after debuting for both the Queensland Firebirds and the Australian Diamonds.

Another new award was presented this year to acknowledge the unsung heroes of sport, volunteers. Nicole Williams received the inaugural Volunteer of the Year Award for her outstanding contribution to Brighton Cricket Club in Adelaide where she led the introduction of the club’s first female team. 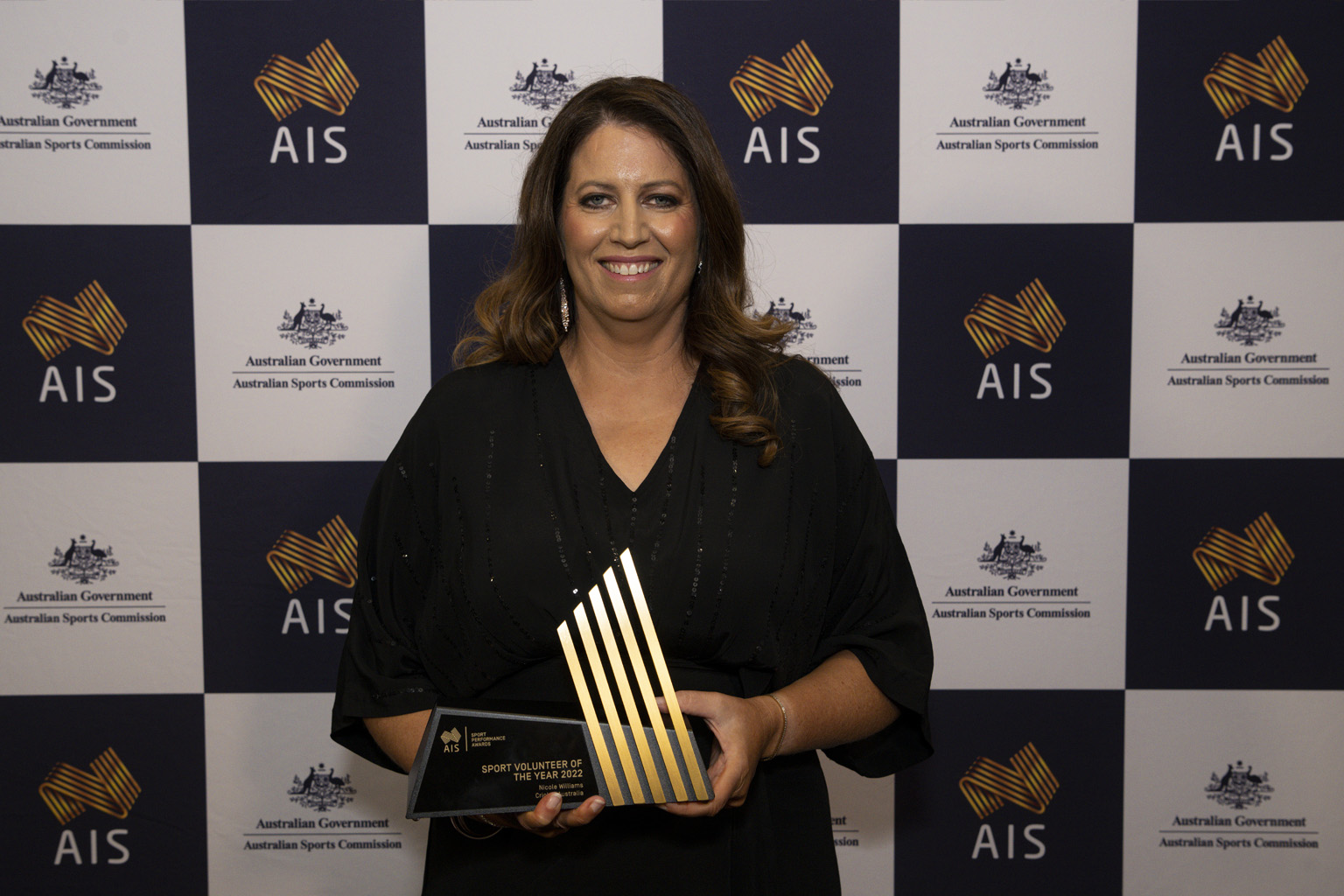 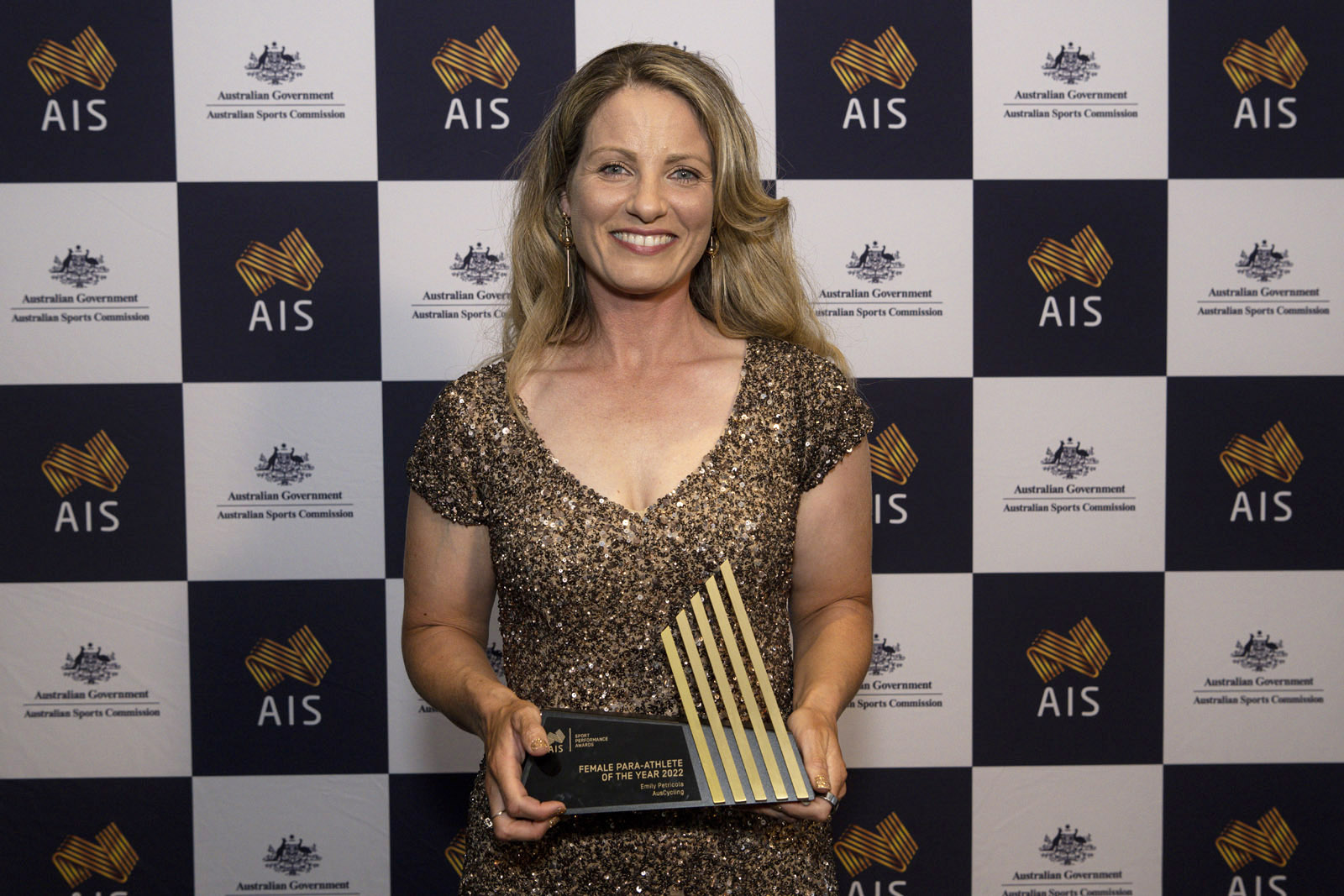 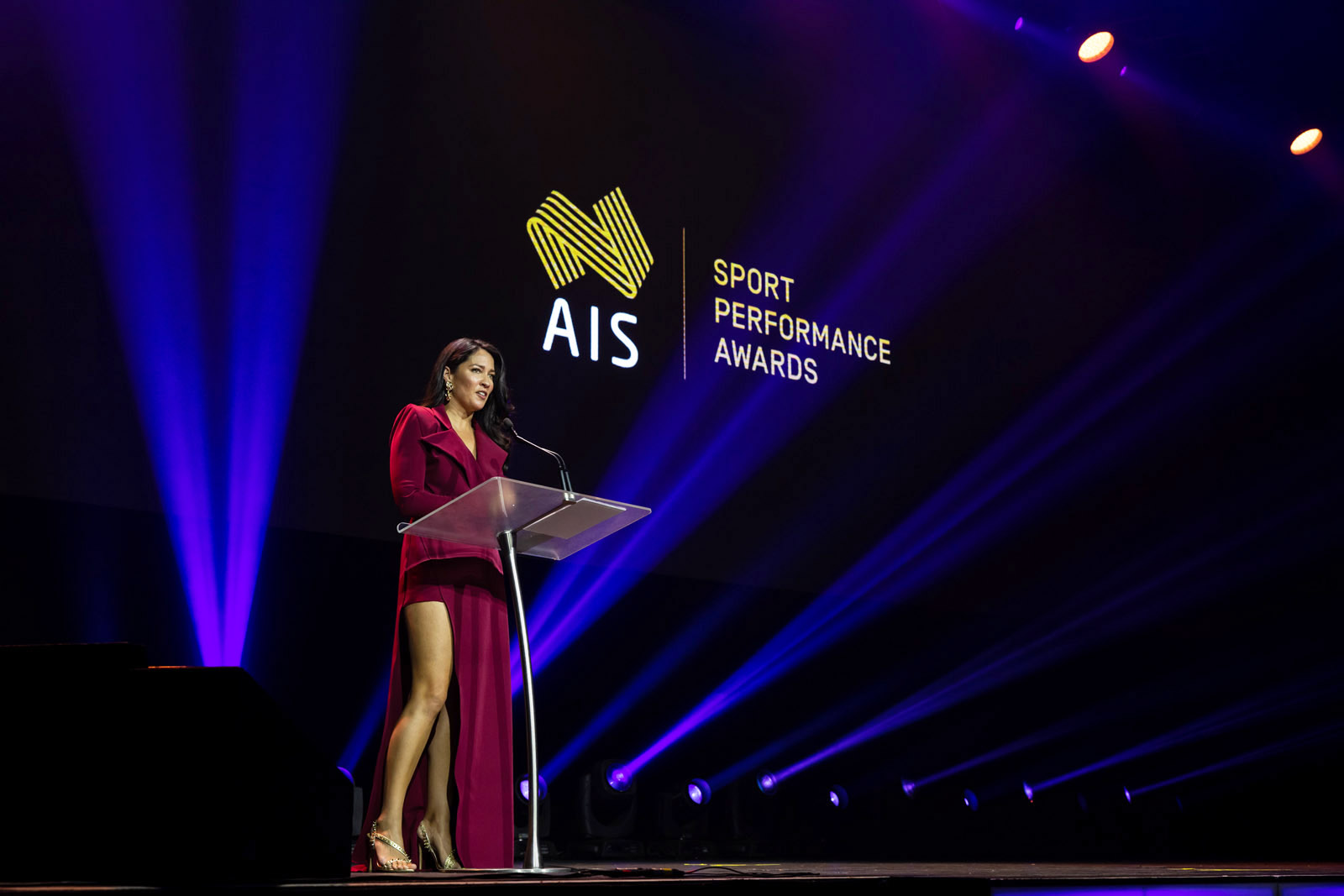 Members of Team of the Year, Australia's Women's Rugby 7s

Olympic Winter Institute of Australia CEO Geoff Lipshut accepts the Coach of the Year Award on behalf of the institute's Peter McNiel and Kate Blamey.