Team Girls building strong women of the future through sport

Sport Australia and Suncorp are teaming up to build a nation of more confident girls and women through a connection with sport - and the next three years will provide a great opportunity for participation growth.

Almost half of girls between the ages of 15-17 stop playing sport*, prompting Suncorp to initiate Team Girls with Netball Australia in 2017 to try and decrease the drop-out rate. Team Girls is now being expanded to all sports in partnership with Australian Government agency Sport Australia.

Sport Australia Acting CEO Rob Dalton said it was fantastic to see the prominence of elite women’s sport continuing to build in Australia, emphasised last week by Australia’s successful bid to host the 2023 FIFA Women’s World Cup. Mr Dalton said it was critical to continue matching that with increasing opportunities for all girls and women to participate in and enjoy sport.

“Australia boasts so many amazing female sport stars for young girls to look up to as role models, but we also believe that participation in sport can help build the female leaders of tomorrow - in whatever pursuit they choose,” Mr Dalton said. “Sport isn’t just about competing to be the world’s best, it’s about bringing out your best self.

“There’s so much more to sport than physical health benefits, it has the ability to build confidence, self-esteem, team-work, communication, social skills, leadership, goal-setting and resilience.

“Sport Australia’s AusPlay research shows girls and women are actually as active as boys and men, but they tend to move away from sport in their mid-teens in favours of exercise and gym-type activities. Sport Australia recognises more than 90 sports in this country and I’d encourage girls to keep trying until they find one they connect with and enjoy.”

Suncorp CEO Steve Johnston said as the country continues to rally behind the rise of women’s sport in Australia now is the perfect time to be encouraging kids towards sport.

“Team sports can have an incredible impact on building a young person’s confidence – we have seen this firsthand through our support for the Suncorp Super Netball and Team Girls program. Now with the support of Sport Australia, we want every girl across every sport to feel part of Team Girls.

“As a dad, I know how important building confidence is when growing up, particularly in the teen years. Team Girls is all about harnessing the confidence built through team sports and encouraging a positive community where girls feel supported, confident and connected with their sporting community.”

Australian Sports Commission Board member and two-time Olympic gold medallist with the Hockeyroos, Jenny Morris said sport had played a major role in her business career well beyond her sporting career.

“Games will be won and lost, but sport will always bring you results on your personal journey. It might be making new friends, setting and achieving goals, feeling more confident in your movement or developing strategic skills and leadership. I wouldn’t be where I am today without the life lessons sport has provided me.”

Mr Dalton said the rise in prominence of women’s sport at an elite level was important and visible symbol to young girls that sport is for them.

“A recent study showed Australians connect most emotionally with our international women’s teams like the Australian women’s cricket team, the Matildas in Football, the Women’s Rugby Seven’s Olympic gold medallists and Australian Diamonds in netball.

“In the next three years we have the Tokyo Olympics and Paralympics, the 2022 FIBA Women’s World Cup of Basketball in Sydney and the 2023 FIFA Women’s World Cup. This presents a powerful opportunity to help connect girls to sport in a very strong way.”

Suncorp’s Team Girls site has an extensive range of resources and information for parents, or anyone interested in keeping girls motivated to keep playing sport. The hub features articles, toolkits, e-books and videos and will be updated to reflect the growing number of sports involved.

When our kids get involved in sport, it:

Women who played team sport as children say it helped them develop skills like:

Top club sports for girls aged 14 and under (outside of school participation) are:

For more information on this data, see the AusPlay website. 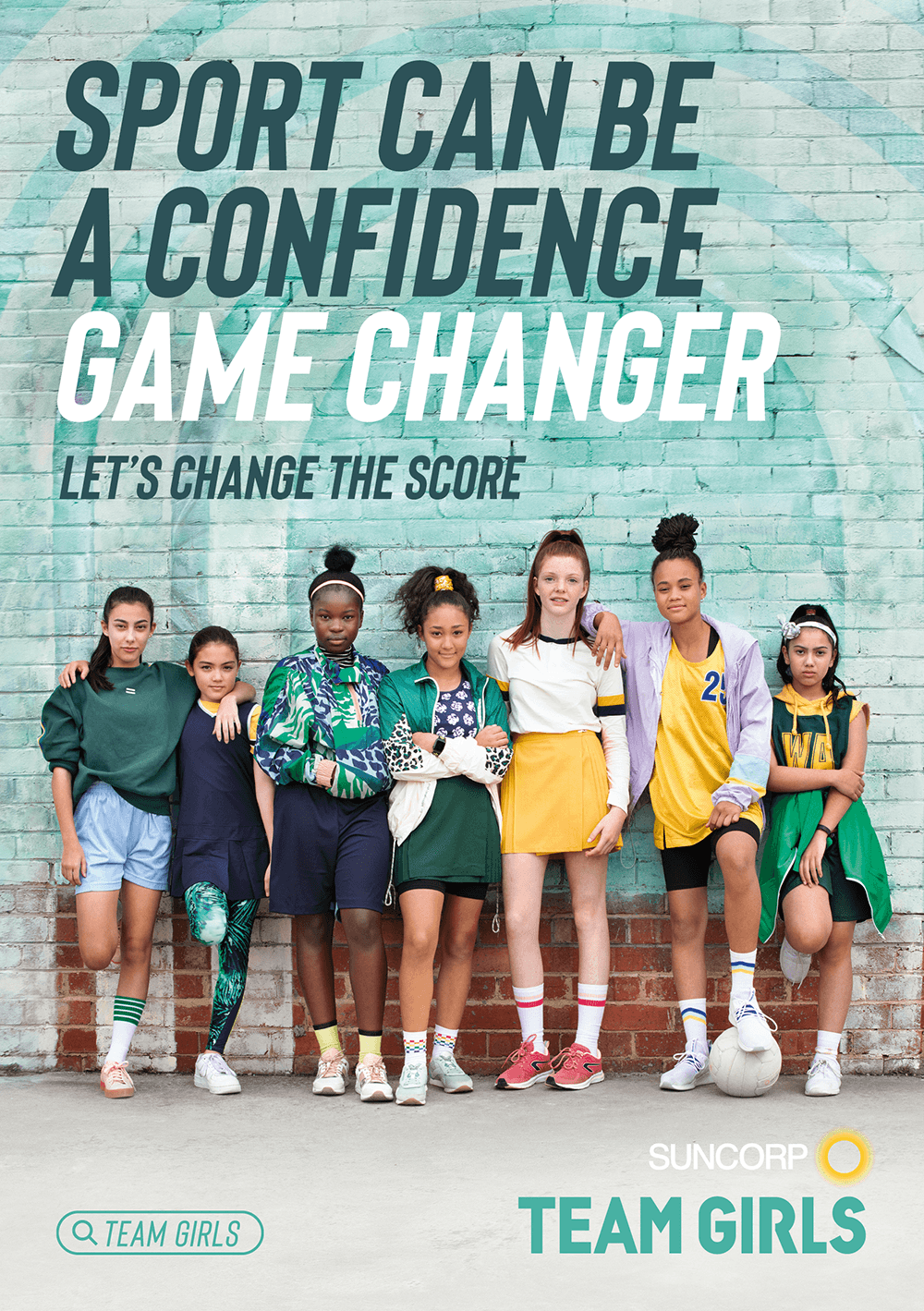