Study looks at how surfers save lives while staying active

We all know the benefits sport has on our physical and mental wellbeing, but a new study from the University of New South Wales and Surfing NSW is looking at how it can help save lives. 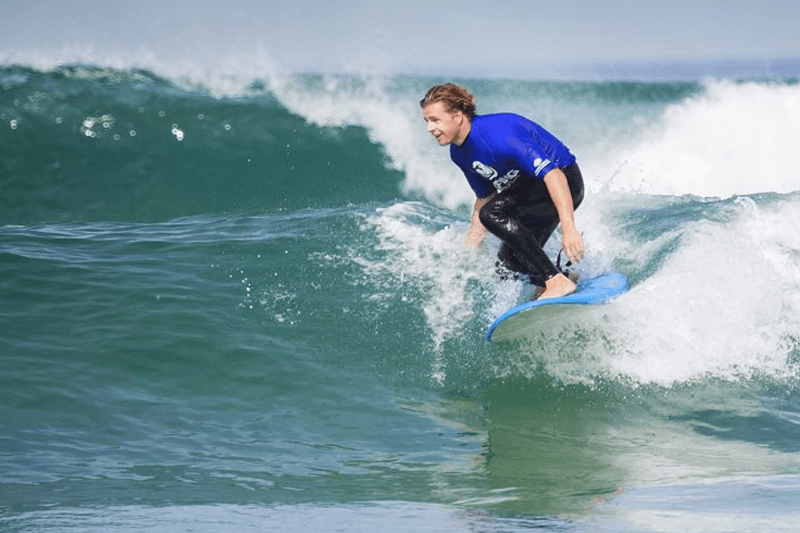 UNSW Sydney scientists will conduct a global survey to study the role surfers play in rescuing swimmers in distress, as well as their broader contribution to society.

Lifeguards and lifesavers are responsible for saving thousands of lives each year at the beach. But less known is how many people owe their lives to the actions of quick-thinking surfers.

Now he and fellow researchers are launching the Global Surfer Survey that will attempt to quantify not only the number of surfers who carry out these good Samaritan acts in Australia, but worldwide.

Professor Brander said that in the previous study into surfer rescues, researchers estimated that the number of rescues made each year in Australia was similar to the number conducted by lifeguards and lifesavers.

“So we are really interested to see if we can get stronger data about surfers and how many rescues they might make each year at Australian beaches, and whether this is consistent the world over.”

Dr Amy Peden, who is a lecturer with UNSW’s School of Population Health and a Global Surfer Survey researcher, said the study will also seek to gather data on the increasing participation of women in the sport.

“Surfing is rapidly growing in popularity with females, so what we’re really interested to know is how many women and girls are now involved in the sport," she said.

"We’re really keen to hear from lots of women surfers and find out all about rescues they may have been involved with and what surfing means to them.”

Surfing NSW’s Matt Lawson is hopeful the group’s partnership with UNSW will lead to new insights about the interaction between surfers, society and the environment.

“We know surfers are in the water 365 days a year from dawn though to dusk and are most often the first to assist in an emergency situation,” Mr Lawson said.

Surfers around the world keen to participate will be asked to complete a 15-20 minute survey that will be available in English, Spanish, Portuguese and French.

The Global Surfer Survey will also cover topics beyond beach rescues to find out more about surfers, their opinions on a range of environmental issues and the important role they play in society.

Other areas that the scientists hope to gain more insight into are surfers’ perspectives on climate and environmental issues including sharks, water quality and coastal management.

Professor Brander is hoping that once all the data is collected and analysed, the researchers will be able to put a number on the economic benefits of bystander rescues performed by surfers, as well as the attitudes and opinions of surfers on issues such as climate change, sharks and water pollution.

The Global Surfer Survey can be found on the UNSW Beach Safety Research Group website.